The Clock Tower is the most noticeable and best known landmark on the SNP Square in Banská Bystrica. It has had several names throughout its history – the name Clock Tower refers to the construction period, Weighing Tower, as the tower was built next to the former city weigh house, Green Tower because of its copper roof colour and since 19th century Leaning Tower because of its lean. In comparison to other ancient houses in the city, the tower is relatively young. Its construction started in 1552. Initially constructed in Renaissance style, only till to the height of 20.5 m – height of current walkway, the tower was extended in Baroque style at the end of 17th century and got additional clock. During its history the tower was several times destroyed by fire and has undergone several reconstructions. The present appearance of the tower is the result of reconstruction in baroque style after the devastating fire in 1761.

Initially the tower has served to several roles: as a clock tower but also as a watchtower. The primary duties of the permanent guard, posted in the tower, were to observe whether an enemy was approaching but also to watch if a fire started somewhere in the city. The room on the ground floor served as a short-term prison and a direct path led from there to the cage of shame and pillory, both located on the square. A city trumpeter, posted at the tower, announced the time by blowing a trumpet every full hour; he was blowing a trumpet also at festive occasions and in case of alarm.

At the end of 19th century the tower was structurally weakened. In 1920 appeared cracks in the wall already at the neighbouring house and the tower gradually leant 68 cm from vertical. Many people attribute this deviation to the removal of “butcher´s house” extension in the early 1960s. The tower structures were stabilized only in 1959, to the 15th anniversary of the Slovak National Uprising. Since that time the leaning tower has stopped moving.

The tower was completely reconstructed, along with the renovation of the historic square in 1993-1996, and since that time tourists can climb its 101 wooden stairs to the tower walkway, where they can enjoy a magnificent view not only of SNP square, street Kapitulská ulica or City Castle, but also of the surrounding hills of Veľká Fatra, Nízke Tatry (Low Tatras), Kremnické vrchy and Starohorské vrchy, where the deposits of copper in the past were so important for the development of the city. The square is very impressive in the evening, too, when dozen of paver lights turn on, symbolizing the mining lamps of dwarves (in Slovak called permoník) from realm of treasures. 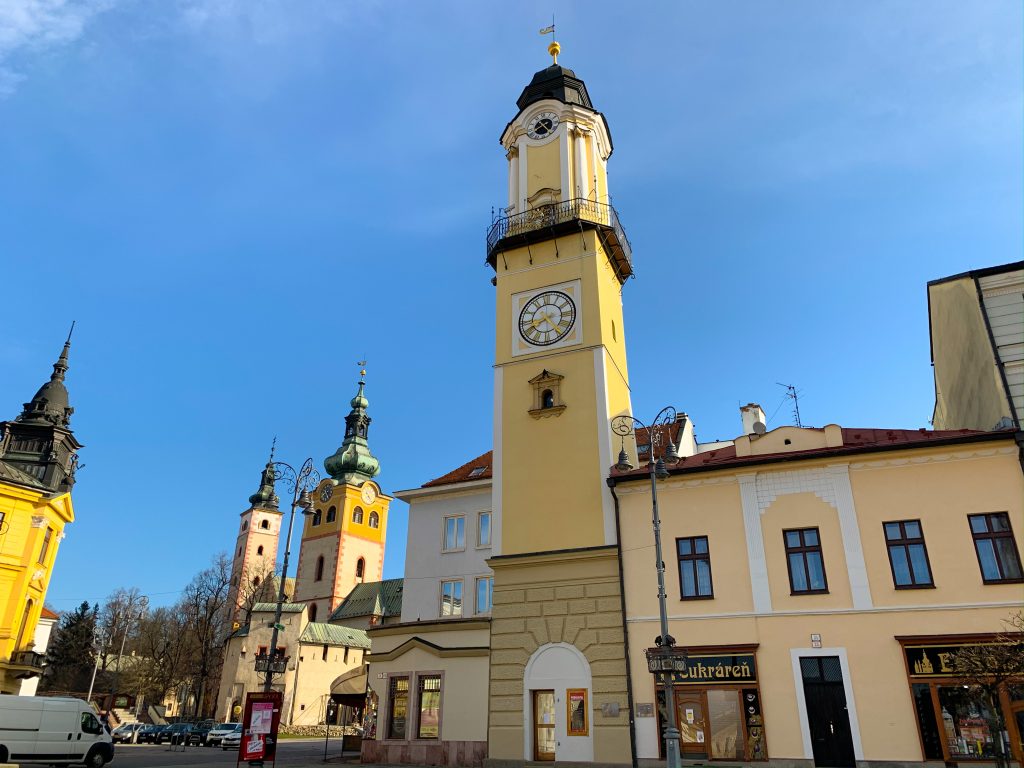 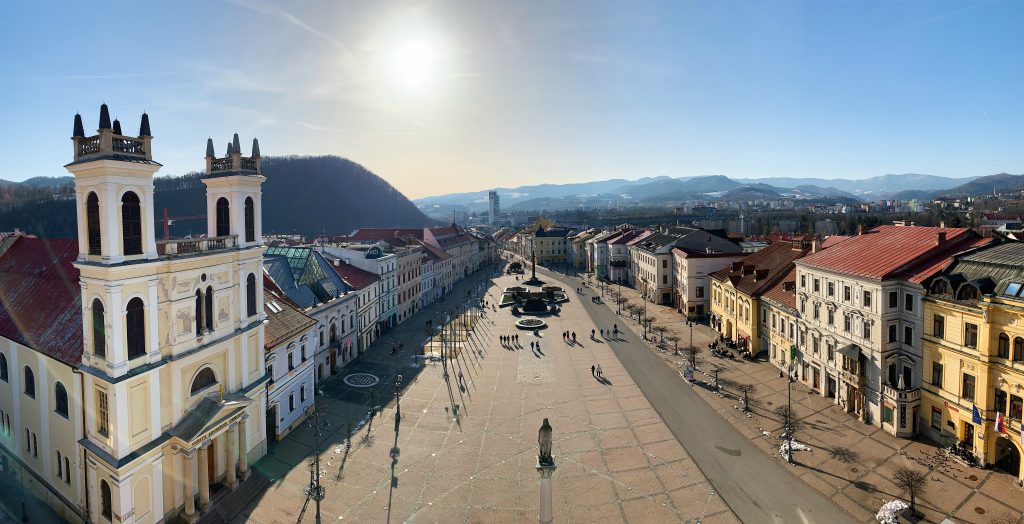 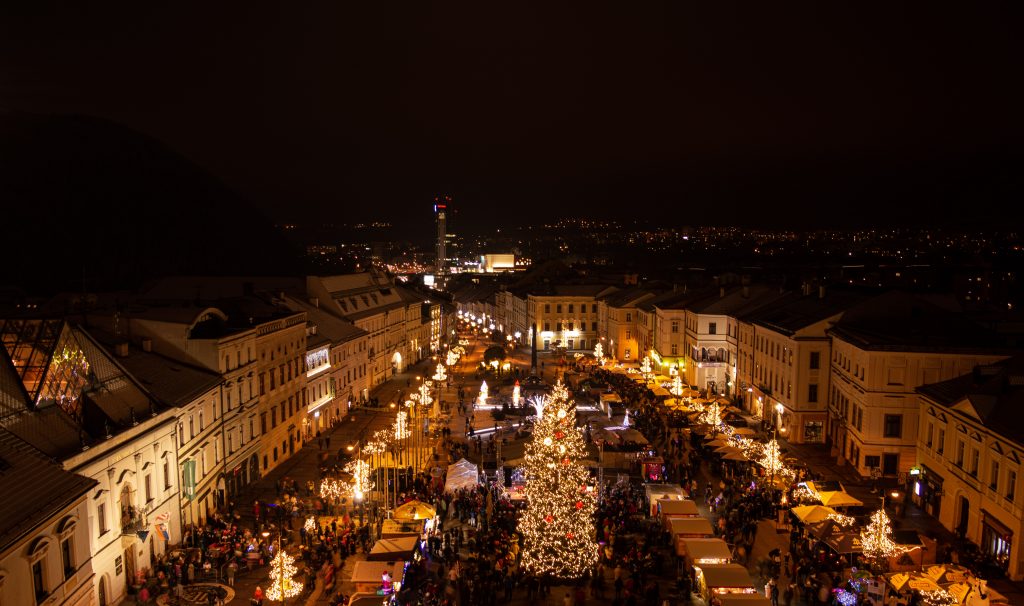 The Clock Tower is CLOSED during bad weather.