Banská Bystrica was one of the most strategically important cities in Hungary. The city grew and enjoyed wealth thanks to the mining of copper and silver ores in the surrounding mountains, and in times of its greatest glory, it was one of the mining towns that boasted the Town Castle. The castle was built on a hill where important trade routes “Via Magna” crossed. The castle housed high city officials, the mayor and church representatives. The most valuable treasures of the city were stored here.

The basis of the later City Castle was the parish Church of the Assumption of the Virgin Mary, around which other sacral and secular (secular) buildings were added over time. Unlike royal or aristocratic castles, the Town Castle did not fulfill a residential, but only a defensive function.

The Town Castle complex was originally entered through the Petermann Tower – donjon, a fortified residential tower with an entrance gate with a drawbridge. The castle captain lived in the tower, who took care of the defense of the castle. Petermann’s tower not only served as a guard post, but it was also a clock tower, the city treasury, and prison. After the great fire in 1500, when the castle was severely destroyed, a barbican was added to the tower – an advanced fortified entrance. The original entrance to the castle was bricked up. Bells were installed in the tower and a campanile was created – a bell tower, known as “Bystrica bells”. The largest bell in Hungary has been ringing in the bell tower since 1572.

The town castle was fortified with high stone walls, into which 4 circular bastions were incorporated. At present, part of the city’s fortification walls and one bastion no longer exist. The most important part of the city fortifications was the barbican, which was completed in 1512. In the barbican, the entrance gate to the castle was built through two portals, to which a drawbridge led over a 4-meter moat. The entrance consisted of two separate portals – a smaller portal served by pedestrians, a larger carriage. Above both portals in the middle, you can still see the openings through which the defenders of the castle poured bad luck on the enemy.

The area of ​​the Town Castle, together with the historical core of Banská Bystrica, was declared a City Monument Reserve in 1955. 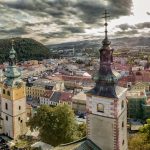 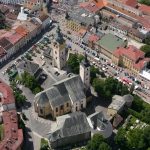 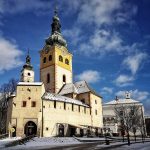 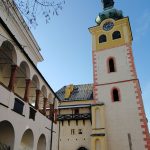 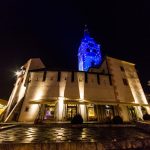 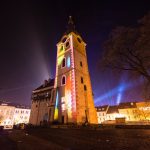 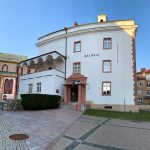 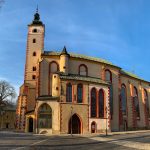 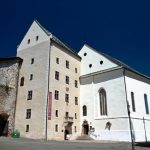