One of the most successful Slovak world music bands which has been performing for 20 years is going on a Club Tour named NEOFOLKLORE TOUR.

Družina’s music is based on two female voices, accompanied by professional musicians coming from different music worlds. As one of the first groups in Slovakia, Družina began to bring to the audience original arrangements of traditional folk songs in the style of World Music/Ethno.

“It has been 20 years since the band Družina was founded, so it was decided to do a small club tour and come closer to our fans. We don’t plan anything special, we don’t do big marketing. We offer out audience our music, good concert and entertainment. We believe that we will leave the audience with a pleasant feeling of our music,” says Aty Béreš, founder of Družina.

“In addition to songs known from the media, there will be older songs from all the CDs that have been released so far, which have received new arrangements,” adds Aty Béreš.

Tickets in advance (7 €) in the Information Center Banská Bystrica, Námestie SNP 1 or www.predpredaj.sk.
Tickets on the day of the concert 10 €. 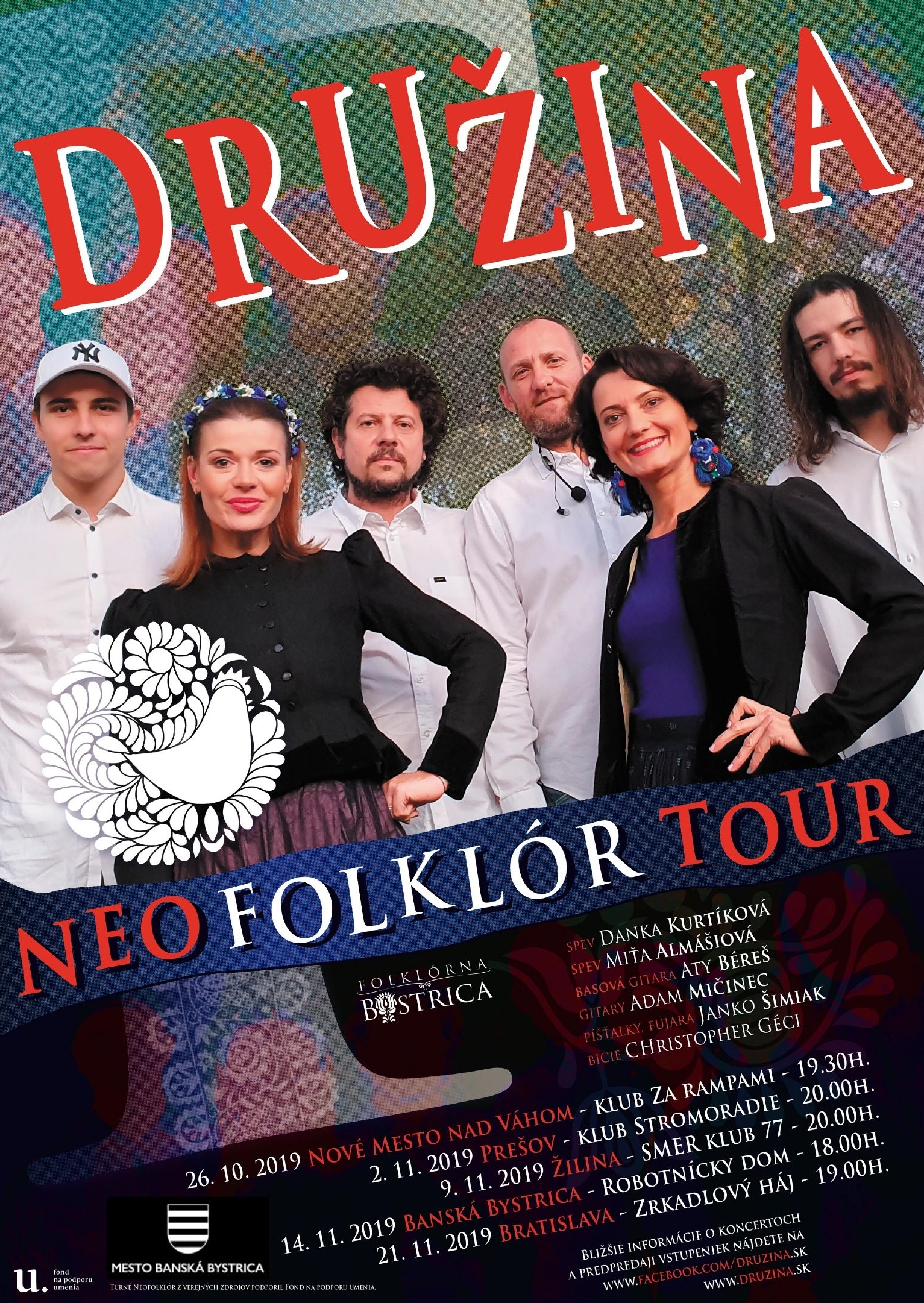